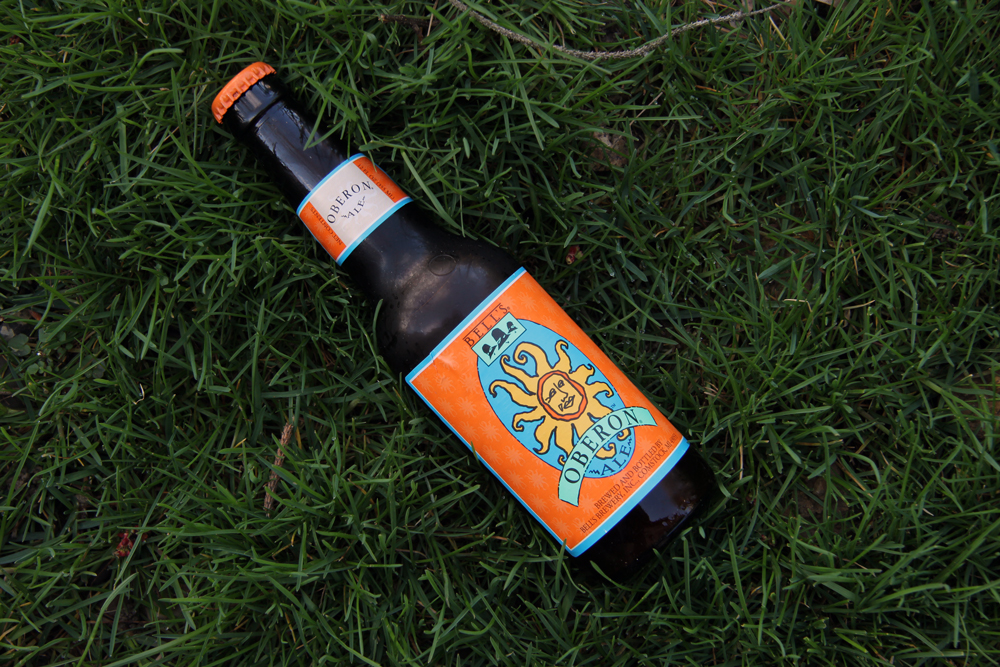 This is a new beer to me. Normally, I would walk past Bells and pick up the usual craft. When an old friend told me about this beer I got excited. My friend is not a beer guy.

When a non-beer person gets excited about a beer it one of two things will happen:

One: this beer is actually water, the hops are unperceivable and the tastes is flat.

Two: it is actually a good beer striking all of the right flavor combinations and coming together in a harmonious blend of liquid, yeast, malt and hops.

I tried this beer straight from the bottle, fresh off the truck.

Pours a slightly hazy pale straw orange with a tiny bit of white head that dissipates and rings pretty quickly, also some sediment. Smell is a bit weak, but has banana, a bit of spice, and maybe a bit of a wheat/grain smell. Palate is on the lighter side of medium bodied with very good carbonation. Taste is quite interesting; it’s like a mix of a wheat bear and an APA. Sweet and slightly tart at first but then gets a bit of a fruity fullness with a bit of bitter before leaving a slightly bitter aftertaste that cuts off cleanly. Very interesting. I would purchase it again.